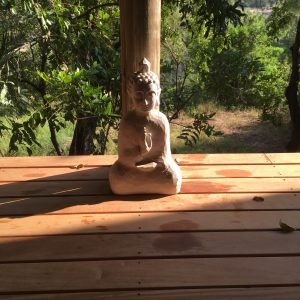 It comes to me now and again, the question of why I practice/do yoga? As a teenager I swam, long distances, and competed for my county and school. In my spare time, such as it was, I rode horses. I had green hair as a result of all the chlorine I swam through and I injured various body parts and broke my, very precious, spectacles falling from the beauty that was Persian Ruler. He was an ex-steeplechaser and commonly called Percy.

I was aware of yoga in a peripheral way. My father had an interest in ‘Health’ which encompassed yoga, honey and meditation. These ideas were really weird in the North East of England during The Sixties! He also enjoyed more than a pint of beer and we regularly stopped at The Chip Van on the way home from swimming training. I had used many calories swimming but that cannot be said for Bill Gillson, who had sat in the gallery reading the newspaper whilst I swam my heart out!

Anyway, yoga was there and alive in our home in the form of Richard Hittleman. His books and TV programme inspired my father to, at the least breathe more consciously. To be totally honest I have no solid memories of him ever hitting the yoga mat but I do believe he liked to think deeply on the subject of yoga.

My lasting memory of our father is one of humour. So, whatever was going on, there was a story and a laugh attached to it. This can be really tortuous for a teenager in that intense phase of living. So I kept quiet about my efforts in the yoga arena.

Dad has been gone for almost thirteen years and he would be loudly amazed that I now teach yoga. However, he would most certainly prefer that to my being a counsellor. He never approved of my work as a therapist and could not believe that I received payment for ‘messing with people’s heads’!