We spent Monday and Tuesday of last week in London. We went primarily to a concert at the Barbican. Hugh Masekela is 75 years old and I have loved his music for the past 30 years when I was introduced to him by friends whilst living in The Lowveld of Zimbabwe.

Monday evening was filled with his energy, creativity and huge doses of his humour. His music evokes an immense yearning within me. I see, smell and recall Africa as I listen.

We also had time to wander and explore London which has always delighted me. I first visited when I was 12 and have returned often. My father as part of his job attended various meetings in large offices and I would meet him in lovely pubs down alleys and alongside the Thames. He once took me into Westminster and we were shown the glories of that Gothic building by one of his colleagues.

The weather was perfect and really amazing for the end of October in the UK. We had bright blue skies and that very special light which comes with autumn, but due to our more normal grey skies we rarely have the joy of being bathed in it! 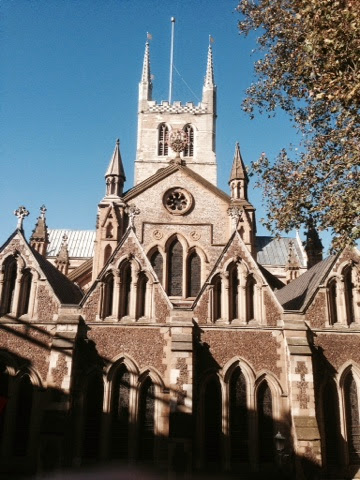 Now I am not tall at 5ft 3inches and I tend to look ahead rather than up, so my view on the world can be rather small. My husband of 6ft 3inches often points out something of interest and then notices me on tip toes desperately trying to see over the wall/bridge. There is a positive to this as I do not bump my head on attractive wooden beams in small quaint cottages and I do not need to stoop going through doorways!

I decided on this outing to stop and look upwards. I am at my happiest when out in the countryside. However, I do love a good city and London is one of the best with so much to see. 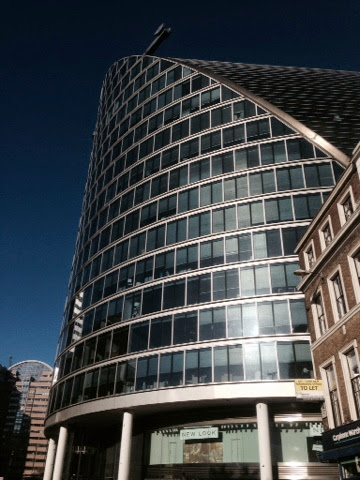 Our two days passed rapidly and very happily. We wandered the streets and found our way to The Tower of London. We both gazed upon the amazing field/sea of poppies and felt the sadness of such a huge loss.

Crossing the Thames we came upon Southwark Cathedral as it hunkers down amongst the buildings alongside the river. We caught a boat and zapped along to Putney. Here we gave in gracefully and went by underground to Hammersmith. We found a good pub by the river and enjoyed the sunshine and caught up with the lovely Emily, who then walked us through a tiny part of her world in Chiswick.

Everywhere within the City there is building work. Enormous glass-fronted creations reach high above and all the while the sunlight glances off them seeming to add even more sparkle to the scene. I have never visited New York so I have no real feel for skyscrapers…from my small take on the world, London was enough! 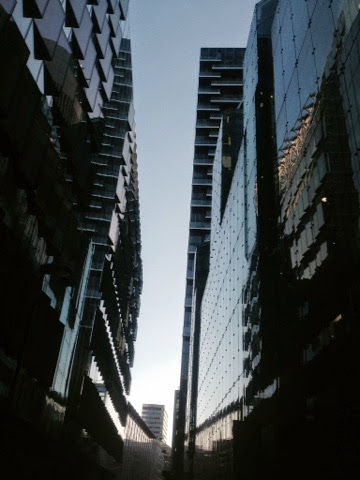 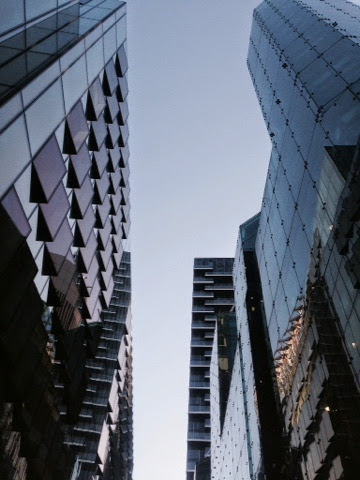 In amongst all that modernity are the wonderful old buildings and for the first time we took a proper look at St Pancras Station….. 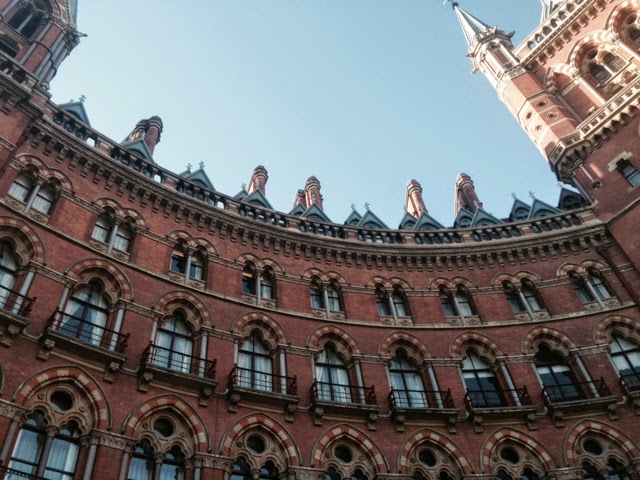 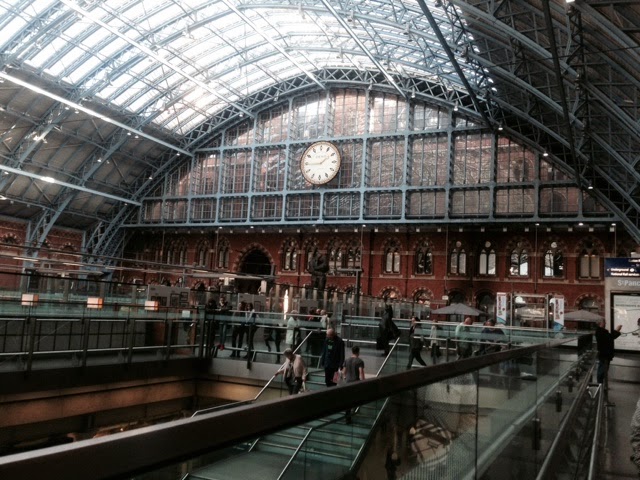 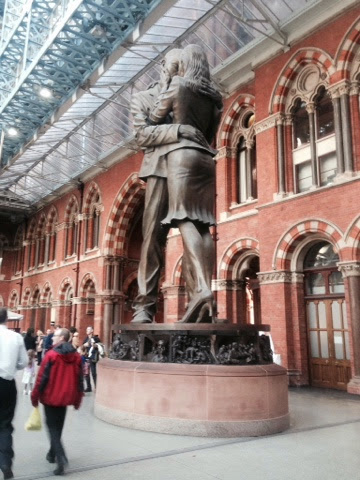 We returned to Manchester feeling enlivened! A few days away from my normal more habitual existence was perfect. I find it very necessary to go off now and again and be with a different timetable of my life. This jaunt was about walking for miles, eating at different times to fit in with theatre and other people. It was about gazing up and out and seeing the world in a different way. And, as so often happens to me when I visit London the weather was spectacular. 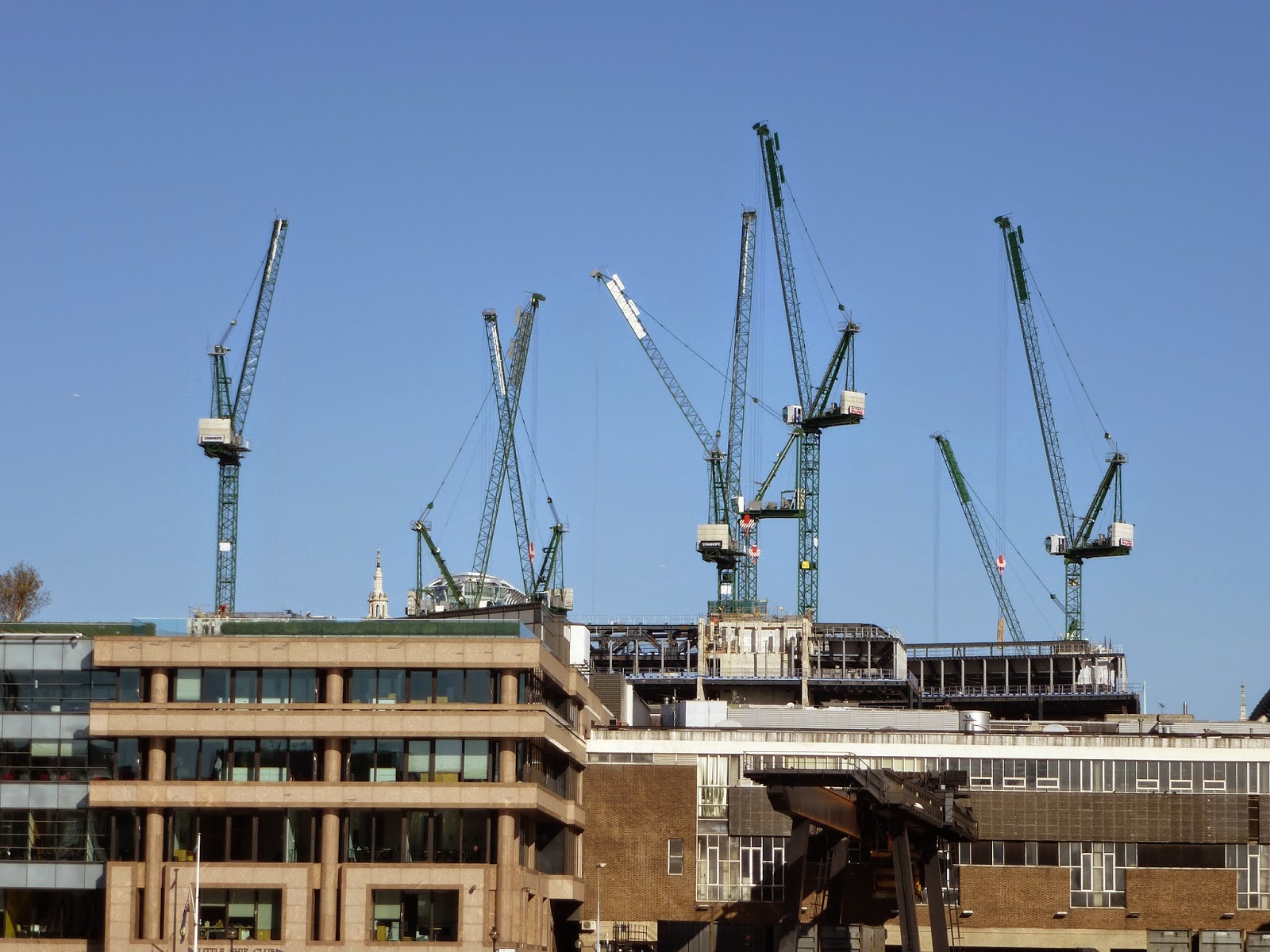 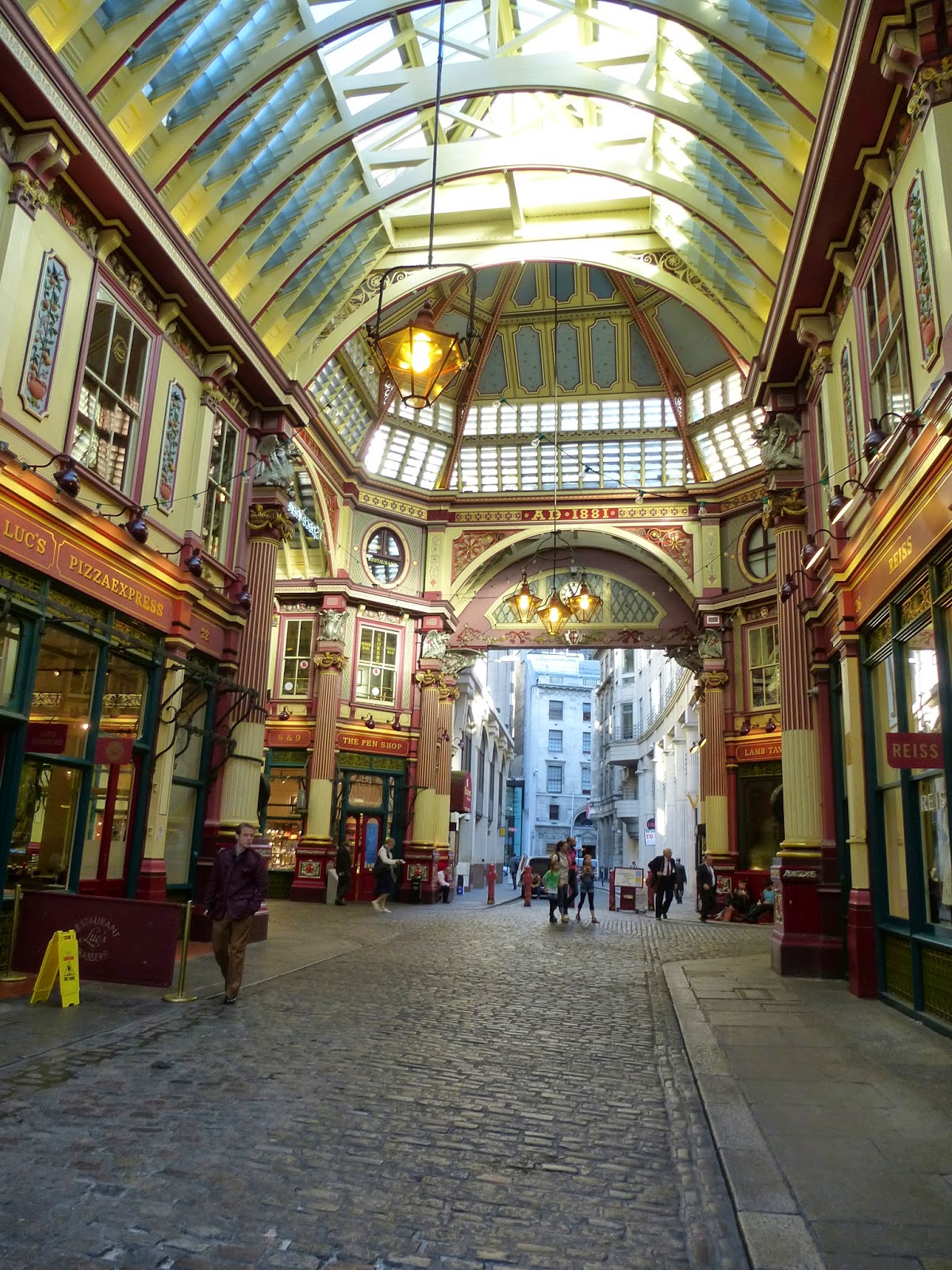 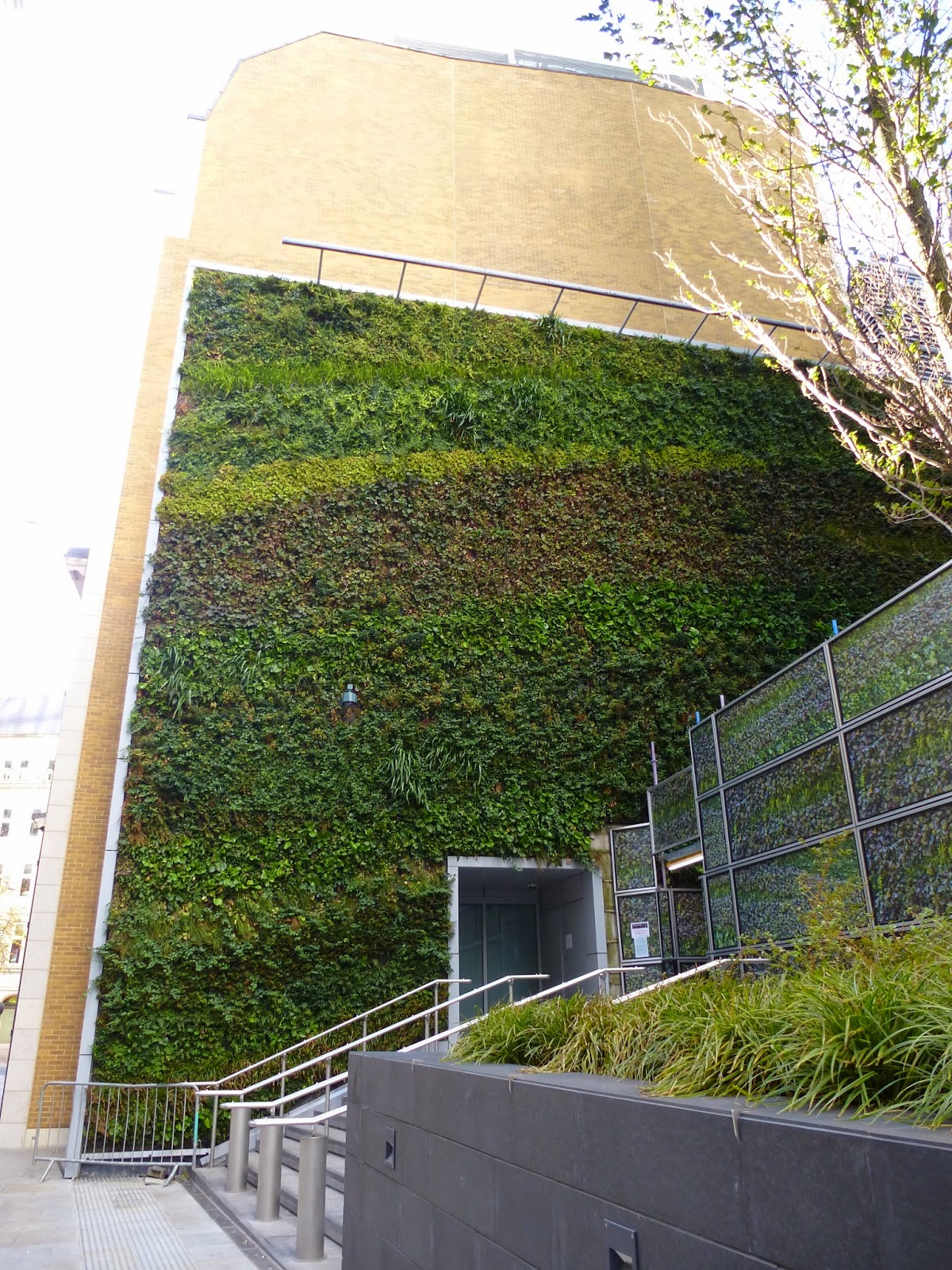 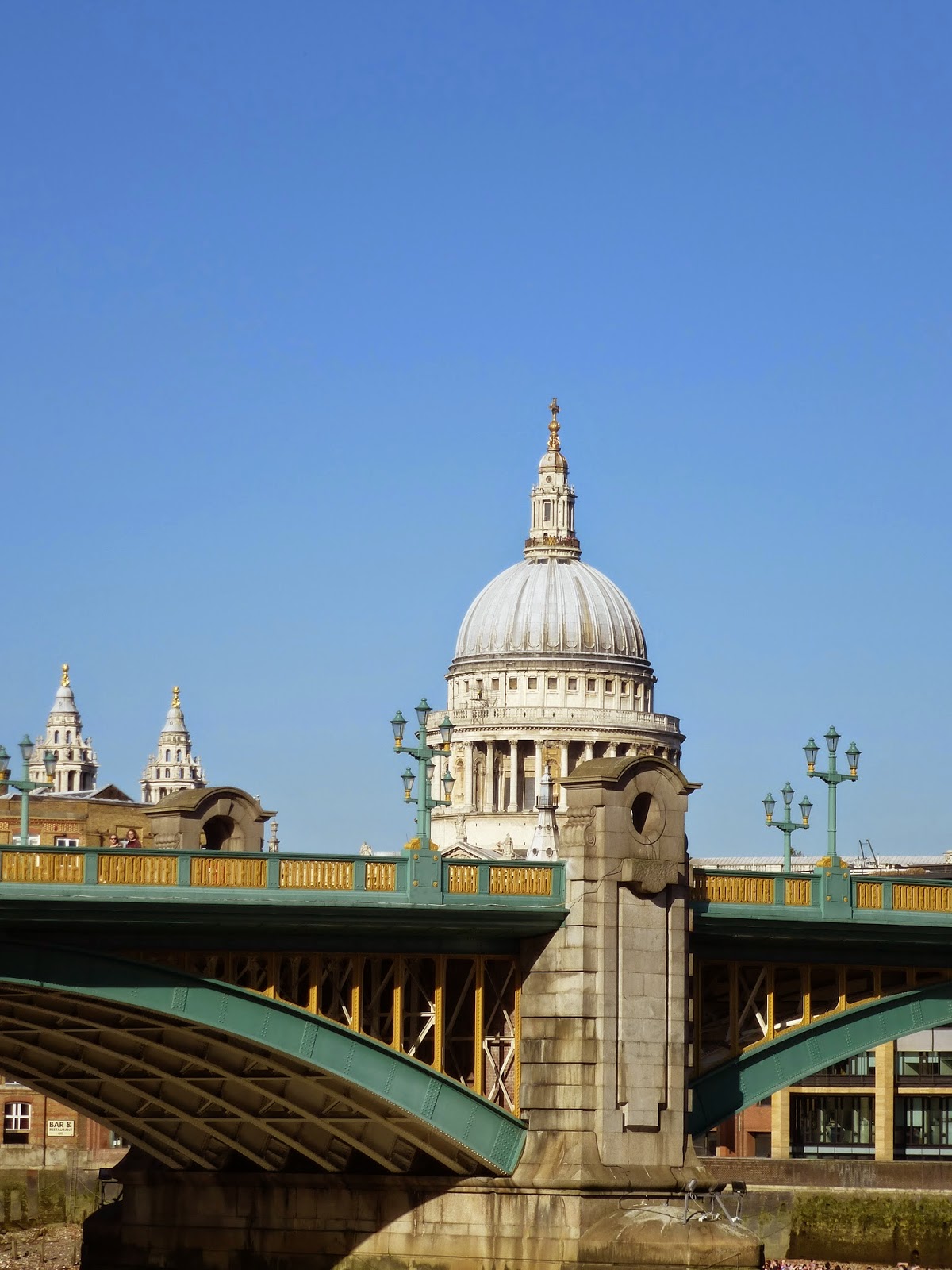 I leave you with just a few scenes from our trip and wish you all well as we move gently into November. 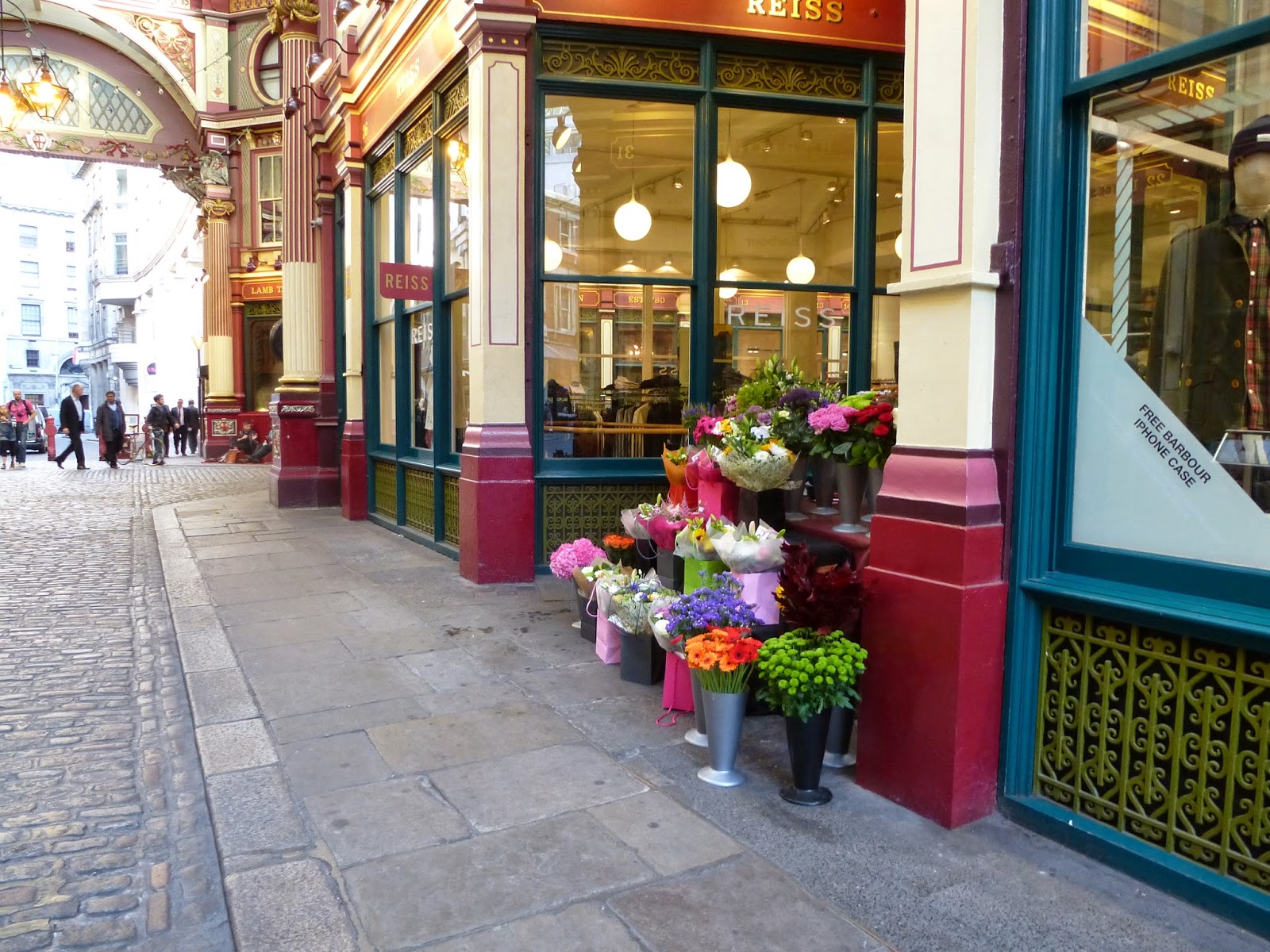