I thought I would write a few words about kefir. I have written a couple of posts about this fermented milk product earlier in the year and a lot of kefir has been spooned out and eaten in this house but now and again this creamy yoghurt lookalike decides, without any help from me, to seperate and resemble a kind of cottage cheese….. 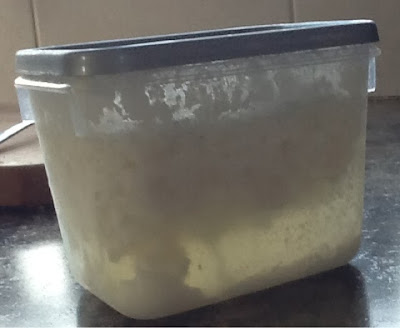 Kefir that has separated.

So, then you end up with a mixture like in the photo above…creamy curds topping the clear whey-like liquid beneath.

This happens if it’s very warm and I’ve forgotten to check and fridge it or the kefir ‘chaps’, grains have become too big and need splitting and moving on.

A few weeks ago I ended up with a batch that needed a slightly different approach. I was making bread at the time which I popped on an earlier post and whilst the dough was rising I set to and carefully spooned the curds into a bowl. I kept the whey and used it in soup.

I added seasalt, chopped chives (the very last offerings from our garden), sun-dried tomatoes and then sprinkled smoked paprika over it and in the space of ten minutes had a delicious bowl of zingy curd, with loads of nutrition. Remember that home-made kefir is rich in Vitamin B as well as easily digested protein.

It tasted great and was full of healthful bacteria, which doesn’t normally happen in store-bought cottage cheese. My friend Sue, who has had ‘chaps’ as long as I have has been making this cheese for ages and pops various herbs, a dash of olive oil and salt in. You can be as creative as you wish…..

Kefir is great for improving gut-health but do remember to start small as too much of a good thing is always possible. If you have an inflamed digestive system due to leaky gut as an example even the ‘best bacteria’ will cause too much turmoil as they reassert their position in the grand plan of things! 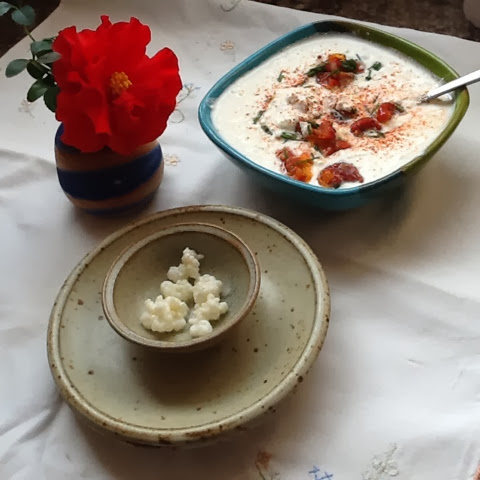 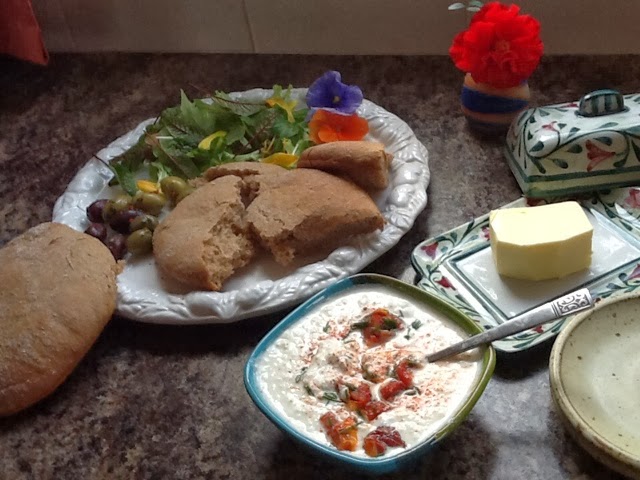