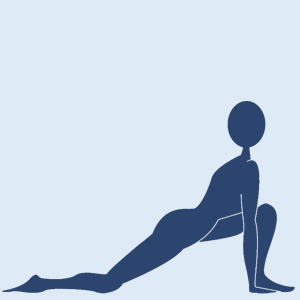 It would seem that we yoga teachers are expected to be accepting, gorgeous and kind! This applies regardless of the behaviour of others. I have just enjoyed reading Paula Hines, ucanyoga.co.uk piece in OM Yoga magazine. It is entitled, ‘Yoga Teacher Etiquette‘ and is well worth looking at if you do teach.

I have been a teacher in various capacities since I was 20 years old. My first experience was as a primary school teacher-in-training. I had a small group of 7, six year olds in a school in Harrogate. I was terrified, and most things that could go wrong actually did! But I and the children survived and on I went with the next phase of my training until I was given responsibility for a whole class of seven year olds. This was my final ‘practice’ in Guisborough and I had thirty children in my care. A wise teacher suggested that the most important things to learn were, where was the best place to put the pencil pot and to not lose a child when on a school visit! The pencil pot remained an ongoing drama and I did indeed lose a child whilst visiting Colchester Zoo. Terry was found. He was happily ensconced in the rhino enclosure having simply clambered through the fence to get a better look at the amazing creatures. Terry was small and simply could not see them clearly. Fortunately, they were white rhinos which tend to be more gentle and lack the aggression of black rhinos but I did not know that until the following year when we took up residence in Kenya.

I was fortunate enough to teach in Kenya and loved the whole experience. Returning to the UK I became a supply teacher and learnt to ‘fly by the seat of my pants’ as I never knew from day to day where, who and what I would be teaching. Generally, I was left to my own devices and simply worked with what the children before me offered up. We painted, counted, wrote, designed large friezes, made bread and concocted plays. It was a delight but exhausting and, of course I was the one holding the class together. Discipline was rarely an issue but it could so easily have disintegrated into anarchy. Along the way I learnt all about boundaries, what was acceptable, unacceptable and downright dangerous. When I felt the children becoming agitated or argumentative I knew we needed quiet time.

Those years of ‘being heard’ and being responsible for so many young minds has made teaching yoga a joy. People who come to yoga genuinely choose to be there. They generally have an interest in the practice and their reasons are many, varied, but all of value. However, as Paula writes there are still those whose behaviour is unacceptable. My most notable was whilst covering for another teacher. As I recall, shoulderstand was the posture and yet I turned round to find a woman doing a handstand and yes, she had trained many moons ago to teach yoga and yes it was a very wobbly handstand in the middle of a rather crowded room! Apparently I have a way of saying “excuse me” which leaves no doubt in anyone’s mind that that was a bloody silly thing to do or say or believe! She was left in no doubt as to my feelings.

My training with Ana Forrest has only strengthened my boundaries. Lateness is absolutely taboo in Ana’s classes and to speak whilst she is, is totally unacceptable. Equally no one interrupts if another student is speaking.

It is interesting at the moment that so many people seem to be so easily distracted, so lacking in respect for themselves and others by turning up late to class, by chatting during class or by doing something totally different!

Do do take a moment to read Paula‘s words if you subscribe to OM Yoga magazine, they are always of interest.

May your days go well, breathe, feel and pay attention to the wonder that is you and for goodness sake do not be late to class! 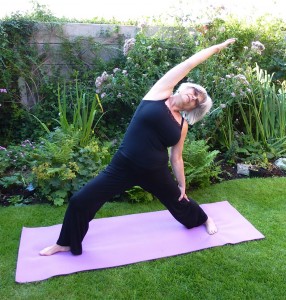