I was perhaps fourteen years old and we lived in a large Victorian terraced house in Durham City.

Every Sunday my Dad would buy various newspapers and each one would have a ‘colour supplement’. It was not actively encouraged but I do remember papers scattered about for all to read and look at. I was an avid reader of anything about travel…not within the British Isles but to far-flung, exotic landscapes that were completely bewitching to me.

My mother and I regularly visited Durham City library and happily staggered home with any number of books telling of journeys to Tibet, Argentina, Bolivia. The list goes on and over time the more remote and difficult a location the more we were bewitched by it!

I actually don’t believe we ever really hankered after journeying to these remote spaces because at the time it was not normal to go anywhere overseas for a holiday. We happily went to Whitby or hired a caravan and toured wherever the fancy took us.

And so, back to the aforementioned newspaper supplements. The pages opened to reveal this most amazing of places that had practically disappeared into the jungle. Spread out before me were photographs of the Khmer temples at Angkor, Cambodia. This amazing complex was built between the ninth and thirteenth centuries by a succession of twelve Khmer kings.

Those pictures and the article that accompanied them stayed somewhere deep inside me. It became a place of fantasy and dreams.

My life moved on and I became involved in studies, college and my first job. I knew in a distant removed way of what was happening in other far flung parts of the globe and I did know about Pol Pot, head of the Khmer Rouge and I had heard of Kampuchea. However, I was totally ignorant of the magnitude of Pol Pot’s attempt to remove Cambodia (by then called Kampuchea) from the modern world and the genocide of 1.8 million people. His dream was to establish an agrarian utopia but in doing so, so many died.

Cambodia disappeared in many ways from the world between 1975 and 1979.

Then in October 2005 I travelled to Bangkok to meet our daughter on her round-the-world trip. We had agreed that South East Asia would be a good place to travel together. I had never had a desire to go to this corner of the world and so was open to whatever occurred.

Our first night in Bangkok found us in a travel agency booking various trips as my time was limited. ‘Where did I want to go?” Katie asked. Where could we go from this exotic city? Cambodia to visit Angkor Wat? Of course that was possible we were told and an hour later it was booked and a visa was being organised. Another wonderful trip was also booked at the same time but that can be another blog post.

I came out into the heat of a Bangkok evening feeling somewhat shell-shocked. I was to visit a place that had been stored away in fantasy-land for thirty-six years! A gin and tonic helped me focus on this amazing journey!

We flew into Siem Reap and had become a group of three by this time as Katie’s friend Jane had joined us. There were other visitors but not many and our large stately hotel was practically empty. 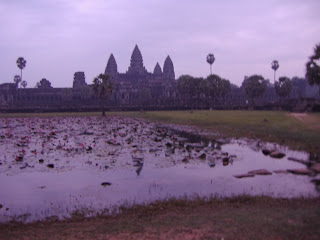 Angkor was everything I imagined and so much more.

Most of you reading this will know it because the temple complex features in the film Lara Croft: Tomb Raider with Angelina Jolie. Let me say here that we did not leap about the place in a light and agile way! 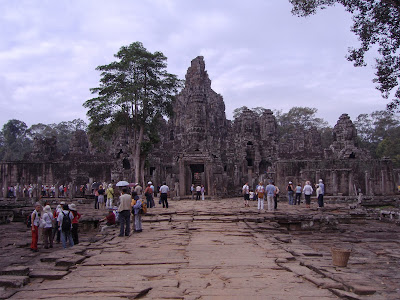 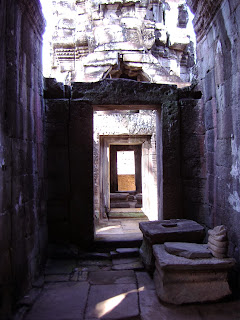 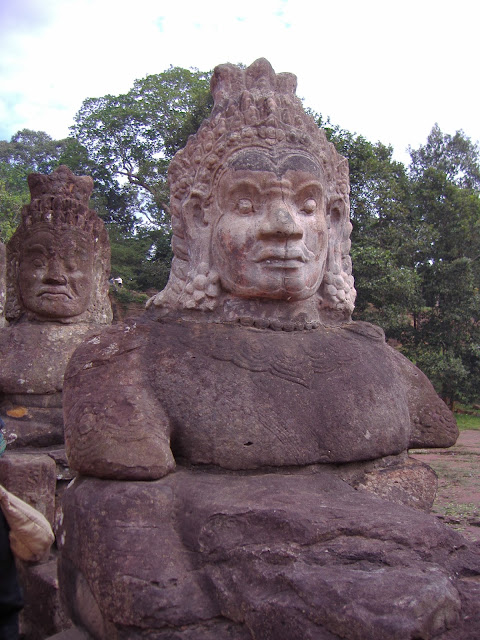 The heat was immense and the humidity was something that brings out the devil in the most placid soul. I took to drinking ice cold Coca Cola with a vengeance having never drunk the stuff in my life. We sat in shady nooks and under immense trees and panted. However, everywhere there were amazing things to look upon. I did my usual disappearing thing and wandered off into the jungle, and came upon beautiful treasures. 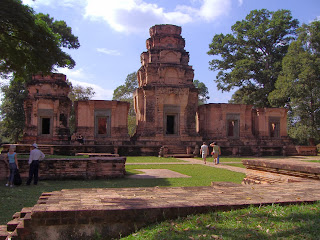 We were besieged by numerous children selling all manner of things. Jane was offered a young baby to take back to her land! Shocking but life there was/is very difficult and it is a country desperately trying to recover. There were many youngsters roaming the dirt streets of Siem Reap and a whole generation have gone, killed during Pol Pot’s regime. 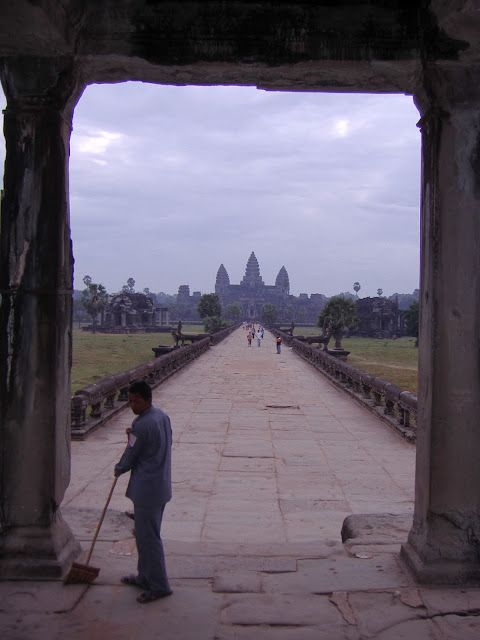 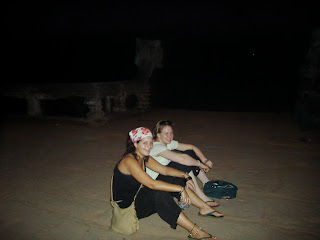 A very early start to see the sun rise over Angkor!
No sun but lots of cloud and still rather warm… 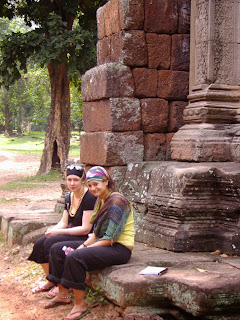 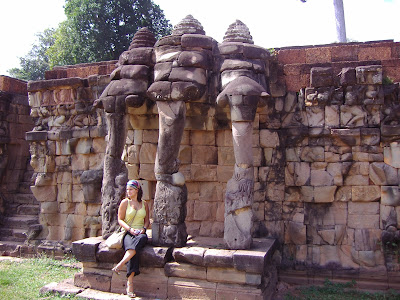 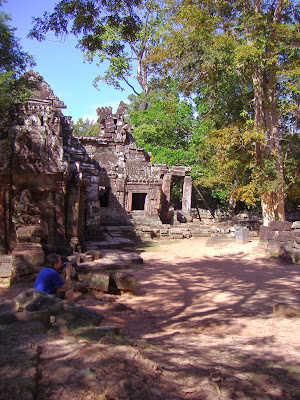 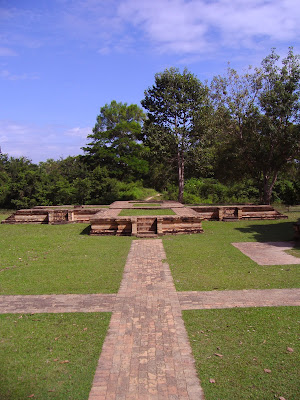 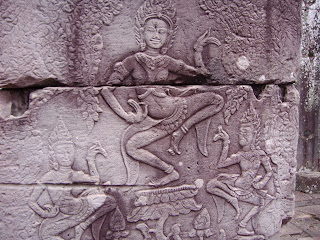 There is so much more that could and should be written about this lovely country and so maybe another blog will appear. Hopefully this gives you all a taste of a place that stopped being a dream and became a very real place that I fell for hook, line and sinker! 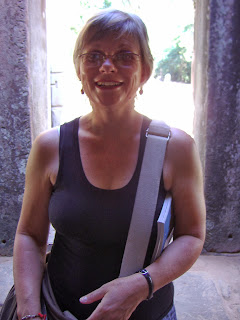 It was a wonderful trip and made very special because Katie and Jane were part of that experience…it and they were a delight. Thank you.

The photos are all mine and I’d rather forgotten them as they were stored away on a memory stick and rediscovering them has led me here….