The weather was to be good.

Monday is my free day and a lovely friend of ours has always wanted to visit Ironbridge in Shropshire.

Plenty of water for us and the dog.  We collected Phil and off we went. 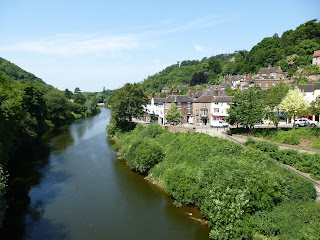 Ironbridge and the River Severn.

Ironbridge is now a very beautiful town situated in a deep gorge alongside the River Severn.  It is a World Heritage Site.  However, it was once the centre of the Industrial Revolution.  The very tranquil setting alongside the river with beautiful wooded hills would once have been a place of noise, dirt and grim living conditions for all those who worked there.  They would be somewhat bemused by the presence of lovely tea shops, antique stores and Eley’s Pork Pie shop where you can purchase their special hand raised pies! 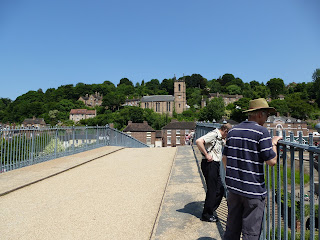 At the beginning of the 18th century Abraham Darby pioneered a process that used coke made from local coal to smelt iron ore.  This development was hugely important but the lack of a bridge over the river hampered progress.  It was decided that a single span bridge be designed so as to allow the ever- increasing barge traffic to move efficiently along The Severn. 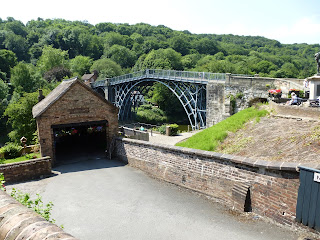 It cost £6,000 to build and was finally ready to open on New Year’s Day 1781.  It continued to be used by more and more traffic until it was closed and designated an Ancient Monument in 1934.

We thoroughly enjoyed our day strolling about.  There was time for a cup of tea, a sit on the riverbanks and a visit to Blists Hill Victorian Town. 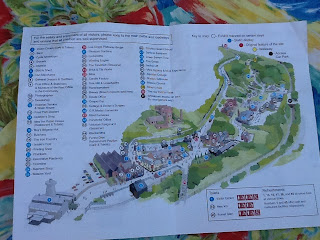 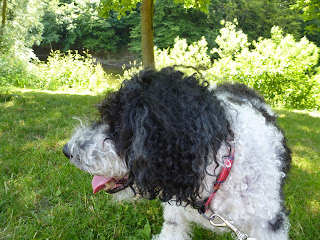 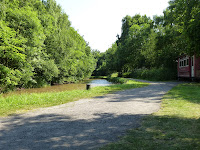 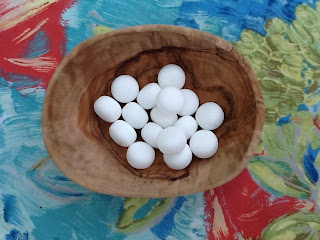 Bisi the dog got a little overheated and so she and I spent some quality time sitting quietly in the shade alongside the canal.  I enjoyed mint imperials bought at the Sweetshop and she watched the world go by. 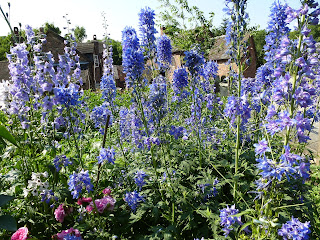 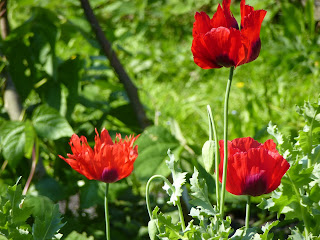 Flowers in a small vegie plot in Blists Hill.

Visit www.ironbridge.org.uk or call 01952 433424 for more information and opening times.

There is lots to see and you could easily spend a lovely weekend here visiting the 9 museums and walking in the district….